Note: Here we are going to talk about HubSpot Form Conversion Tracking only if your form is not set to redirect to a page after the successful form submission. If your HubSpot form redirects to a page then this article doesn’t apply to your case.

I had a case where my client wanted me to track Google Ads Conversion tracking for HubSpot forms submission. There were multiple forms and only one of them was being rendered as raw HTML. Other forms were being rendered inside iframes despite the fact the “Set as raw HTML form” option was turned on. I think there is some bug in HubSpot’s platform as I have found, after I faced this issue I searched in Google, and others were facing the same issue.

If the form is rendered as raw HTML on your website then the conversion tracking is straightforward with Google Tag Manager’s FormSubmission trigger. If the HubSpot form is rendered in an iframe then luckily HubSpot provides a mechanism to listen to the form submission and call a JavaScript callback function. A typical HubSpot form embed code looks like the following: 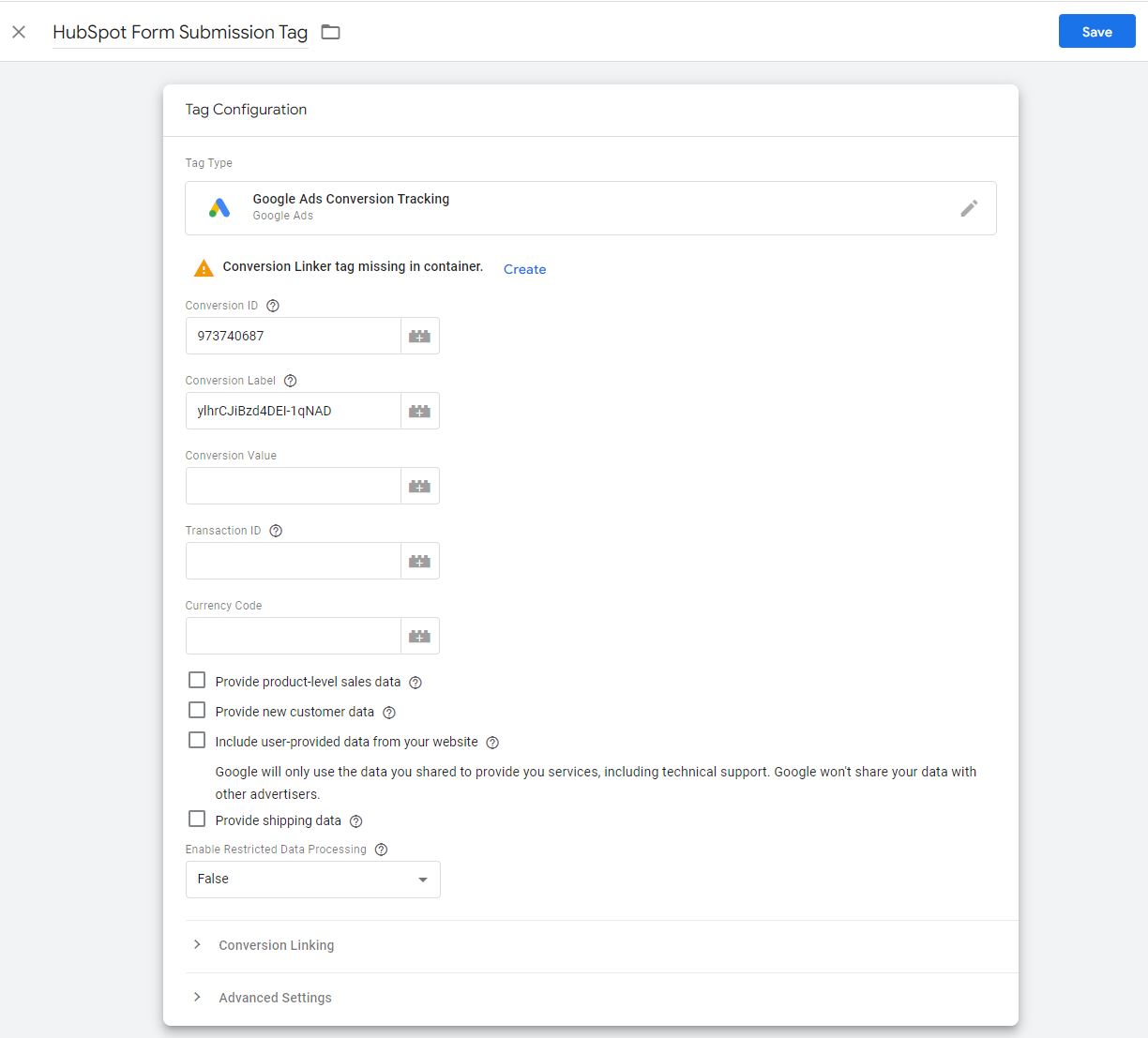 Important Note: The id used as a value for the “Form ID” condition in the trigger is not exactly the one mentioned in the HubSpot form’s embed code. The value of formId in the embed code is ce845a88-56f1-4bae-9e9b-bdb047bb00e7 while the id attribute of the rendered <form> element has a value of hsForm_ce845a88-56f1-4bae-9e9b-bdb047bb00e7. So you must use the value from the rendered form element’s id attribute.

As mentioned before that HubSpot provides a JavaScript callback function called “onFormSubmit” which we can add to our HubSpot form embed code and then push some variables along with a custom event to help Google Tag Manager trigger our tag for Google Ads Conversion Tracking. Following is the piece of code which I used for my case to push data to dataLayer: 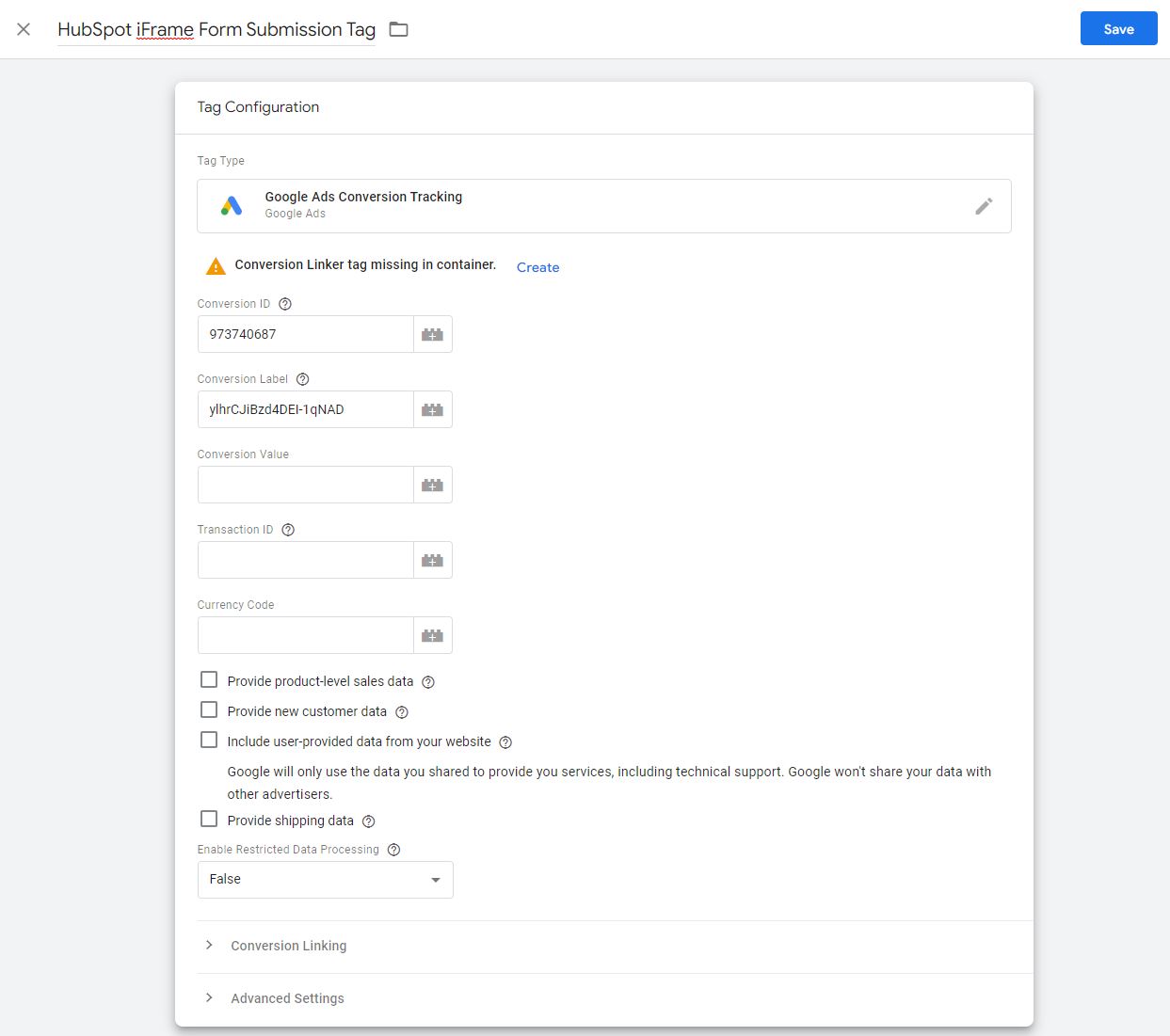